Ian McGregor’s carreer spanned 35 years at the ROM, where he was the head science teacher. Ian has been a member of the RASC for for 48 years. He was also the founding vice-president of the Mississauga Astronomical Society and the RASC Mississauga Centre. 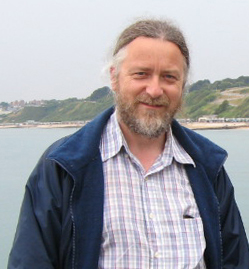 Phil Stooke did his PhD at the University of Victoria, with a dissertation on mapping asteroids, which involved inventing shape-modelling methods and new map projections for non-spherical worlds. Since then he has worked at the University of Western Ontario, continuing that work and more recently compiling historical atlases of lunar and martian exploration. He teaches cartography and planetary science courses, including a course in planetary image interpretation and geological mapping of planetary surfaces. His maps of asteroids, small moons and comet nuclei are available online from NASA’s Planetary Data System. His interests in mapping and space history are combined in his atlases, and his latest book, the International Atlas of Mars Exploration, will be the subject of this talk.

Tom AllowayThe Malincam Xtreme and his experience with it so far

As part of the presentation, screen shots from the software used to control the Malincam and some very short exposures will be shown

plus potential bright comets and several upcoming eclipses of note.

After the meeting, join us at Crabby Joe’s at the South Common Mall for more fun.

In this presentation, Paul will review some of the history of the exciting field of exoplanet research and set the stage for the release of Kepler data.

York University’s lead Sky Guide, Paul Delaney, is a member of York University’s Department of Physics and Astronomy, the Coordinator of York’s campus observatory, and Director of the university’s Division of Natural Science. He holds both a Bachelors and a Masters Degree of Science, has worked as a nuclear physicist for Atomic Energy of Canada, served as a support astronomer at Arizona’s McGraw-Hill Observatory, and was a Master of Bethune College. Paul is also passionately involved in public outreach and is the recipient of several teaching, lecturing, and outreach awards.

And don’t forget to tune into the weekly York Universe internet broadcast on Astronomy.FM, Mondays at 9:00 pm with host Paul Delaney.

John Hicks, our previously scheduled speaker, has had to cancel his presentation due to illness. We wish him a speedy recovery.

Keith JarvieHistory of the Determination of the Speed of Light

Andrew OpalaBeginner Astrophotography: Equipment, techniques and results you should expect

James BeckwithAstronomy in the News

Attending the meeting will be Paul and Karen Mortfield from the David Dunlap Observatory, RASC Toronto Centre, and Tom Glinos, the discoverer of Asteroids Attwood and Mississauga.